I was set the task to construct a symbolic camera that reflected my approach and technique towards cinematography and videography. My aim was to make my symbolic camera look as realistic as possible. I chose to make a hand-held camera, because when I was younger, I remember my dad always having a hand-held camera capturing whatever antics that me and my sister were getting up to. At the time, I thought how great it was at capturing movement and sound.

I believe that hand-held cameras create a more authentic representation of the subject(s) that you are filming. It is very much a hands-on approach. It captures the intimacy between the subject and the film-maker which, I would like my documentary to portray. 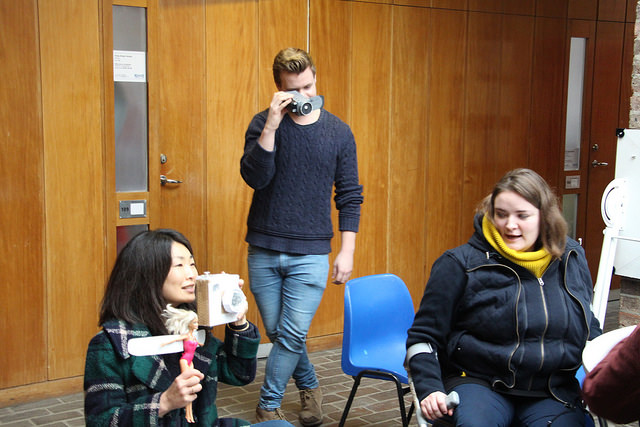 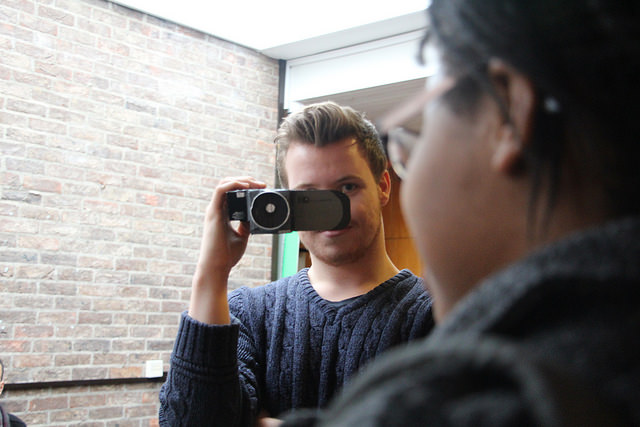 The images above show me using my symbolic camera to ‘record’, and observe people’s behaviours and reactions to me ‘filming’ with my symbolic camera. The reactions I got were mixed, the majority of people were unfazed with the presence of the camera whereas, other people’s behaviour changed as they thought they were on camera. Some people were totally unaware that the camera was not real, I caught people looking back and forth at the camera, trying not to look directly at it as they thought they were being filmed. Whereas, others were more aware of the fact that the camera was fake but still continued on as if they were being recorded. The key thing that I learnt from this experiment, which I will carry on when it comes to filming my project (especially when it comes down to interviews) is to make the individual(s) that you are filming relaxed and comfortable with the camera on them. As you will get a more authentic representation of that individual.